With release of Windows Server 2008, Micrsoft Windows team made some major improvements to overall architecture to make Windows operating system more stable, secure and reliable. Keeping the Windows 2003 tradition alive, Microsoft ships Windows 2008 in four versions – Web Server, Standard, Enterprise and Datacenter. But one major feature addition to 2008 is the ability to do the minimal installation of Windows 2008 without any graphical utilities which most of the admins don’t need. This feature is known as “Server Core” and its basically provides a minimal environment for running a specific server role. Admins can select to perform Server Core installation during the Windows 2008 installation. The result will be a stripped down installation of Windows without any traditional components installed such as desktop shell, GUI, Windows Explorer, IE and other MMC which otherwise get installed while doing full installation. With Server Core installation, all the management and configuration tasks will be performed using command line utilities.

You must be thinking, why would someone use the Server Core installation? Everything to be configured from command line…. that sounds like going back to era of DOS? Well, there are multiple advantages when using Server Core: 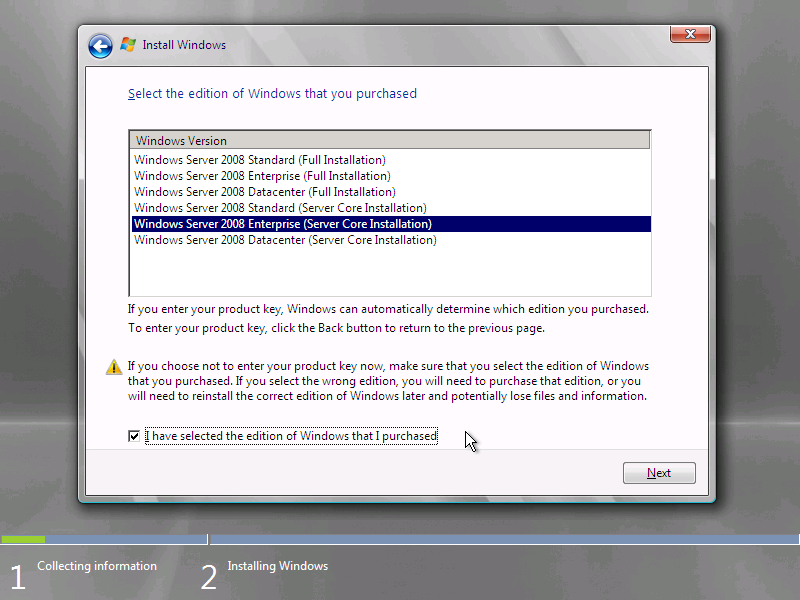 Once the installation is finished and server is rebooted, you will get to the login screen where you can configure the administrator password. After the successful login, you will be presented with single command line window from where you can perform all the initial configuration and management tasks as shown in below screenshot. 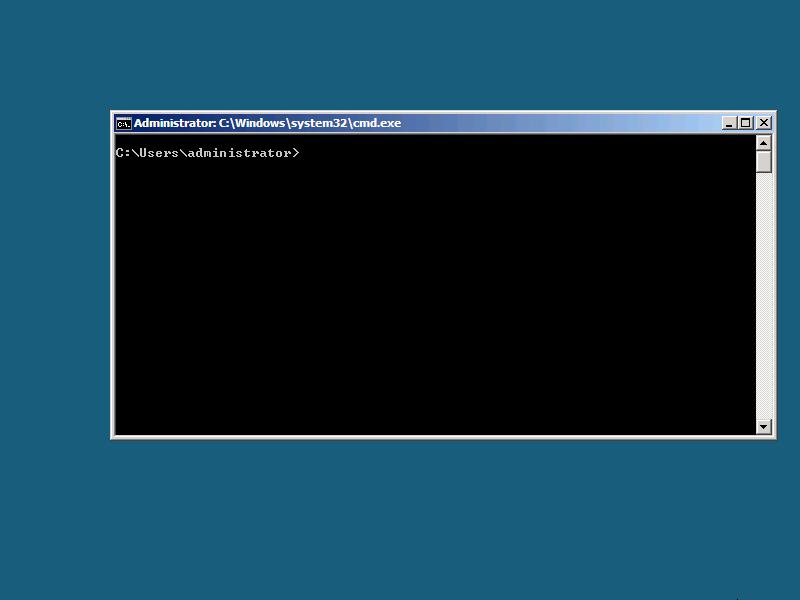 In case you closed the command line by mistake and wondering how you can bring it back, follow the below steps:
With command prompt available, lets jump onto the initial configuration tasks.